Where tourmaline is found 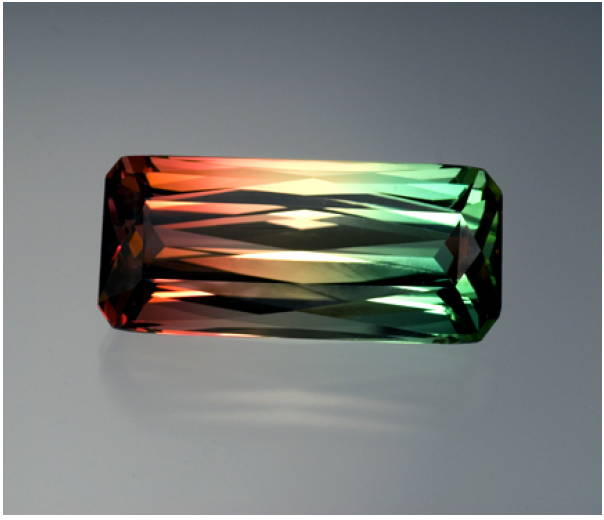 Tourmalines are gems with an incomparable variety of colors.

According to an old Egyptian legend, the tourmaline, on its long journey up from the center of the Earth, passed over a rainbow.

In doing so, it assumed all the colors of the rainbow.

And that is why it is still referred to as the 'gemstone of the rainbow' today.

The name tourmaline comes from the Singhalese words 'tura mali'.

In translation, this means something like 'stone with mixed colors,' which refers to the color spectrum of this gemstone, which outdoes all other gemstones.

There are tourmalines from red to green and from blue to yellow.

They often have two or more colors.

There are tourmalines that change their color when the light changes from daylight to artificial light and some exhibit a cat's eye effect.

No two tourmalines are exactly alike.

This gemstone has an endless number of faces, and for that reason, it suits all moods.

To understand this variety of colors, you will have to brush up your knowledge of gemology a little: tourmalines are mixed crystals of aluminum boron silicate with a complex and changing composition.

The mineral group is a fairly complex one.

Even slight changes in the composition cause completely different colors.

Crystals of only a single color are fairly rare; indeed, the same crystal will often display various colors and various nuances of those colors.

And the trademark of this gemstone is not only its great wealth of color but also its marked dichroism.

Depending on the angle from which you look at it, the color may be different or more or less intense. 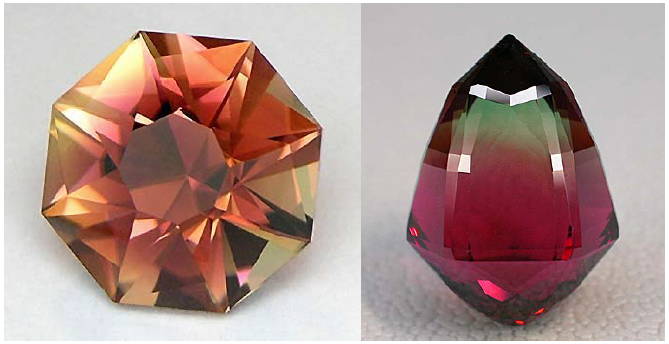 It is always intense when viewed looking toward the main axis, a fact to which the cutter must pay great attention when lining up the cut.

This gemstone has very good wearing qualities and is easy to look after, for all tourmalines have a good hardness of 7 to 7.5 on the Mohs scale.

So the tourmaline is an interesting gemstone in many ways. In the trade, the individual color variants have their names.

For example, a tourmaline of an intense red is known as a 'rubellite,' but only if it continues to display the same fine ruby-red in artificial light as it did in daylight.

If the color changes when the light source does, the stone is called a pink tourmaline.

In the gemologists' language, blue tourmalines are known as 'indigolites,' yellowish-brown to dark brown ones as 'dravites' and black ones as 'schorl.'

One particularly popular variety is the green tourmaline, known as a 'verdelite' in the trade.

However, if tiny traces of chrome cause its fine emerald-like green, it is referred to as a 'chrome tourmaline.'

The absolute highlight among the tourmalines is the 'Paraiba tourmaline,' a gemstone of an intense blue to blue-green that was not discovered until 1987 in a mine in the Brazilian state Paraiba.

In good qualities, these gemstones are many sought-after treasures today.

Since tourmalines from Malawi with a vivid yellow color, known as 'canary tourmalines,' came into the trade, the color yellow, which was previously very scarce indeed, has been very well represented in the endless spectrum of colors boasted by the 'gemstone of the rainbow.'

Slices showing a cross-section of the tourmaline crystal are also very popular because they display, in a tiny area, the whole of the incomparable color variety of this gemstone.

If the center of the slice is red and the area around it green, the stone is given the nickname 'watermelon'.

On the other hand, if the crystal is almost colorless and black at the ends only, it is called a 'Mohrenkopf' (resembling a certain kind of cake popular in Germany). 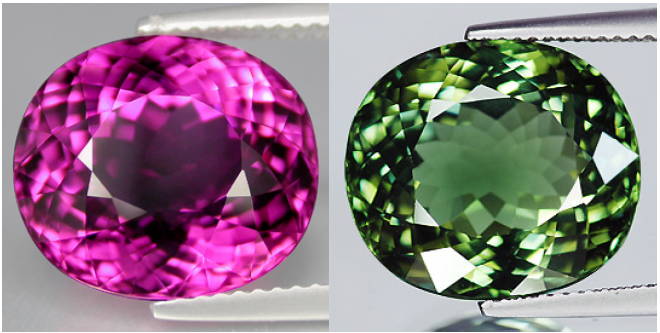 Tourmalines are found almost all over the world.

There are significant deposits in Brazil, Sri Lanka, and South-West Africa.

Other finds have been made in Nigeria, Zimbabwe, Kenya, Tanzania, Mozambique, Madagascar, Pakistan, and Afghanistan. Tourmalines are also found in the USA, mainly in California and Maine.

Although there are plenty of gemstone deposits that contain tourmalines, good qualities and fine colors are not often discovered among them.

Thus, the price spectrum of the tourmaline is almost as broad as that of its color.

It is not only designers who love the tourmaline on account of its inspiring variety of colors.

Scientists are interested in it because of its astonishing physical qualities, for tourmalines can become electrically charged when they are heated and then allowed to cool.

Then, they have a positive charge at one end and a negative one at the other.

This is known as 'pyro-electricity,' derived from the Greek word 'pyr', meaning fire.

The gemstone also becomes charged under pressure, the polarity subsequently changing when the pressure is taken off.

When the charge changes, the tourmaline begins to oscillate, similar to a rock crystal, but much more pronouncedly.

The Dutch, who were the first to bring the tourmaline to Europe, were familiar with this effect a long time before it was provided with a scientific explanation.

They used a heated tourmaline to draw up the ash from their meerschaum pipes, and called the gemstone with the fantastic powers an 'aschentrekker'. 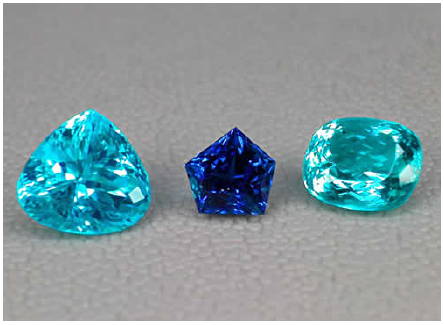 In the fascinating world of gemstones, the tourmaline is exceptional.

Its high availability and its glorious, incomparable color spectrum make it one of our most popular gemstones - and apart from that, almost every tourmaline is unique. 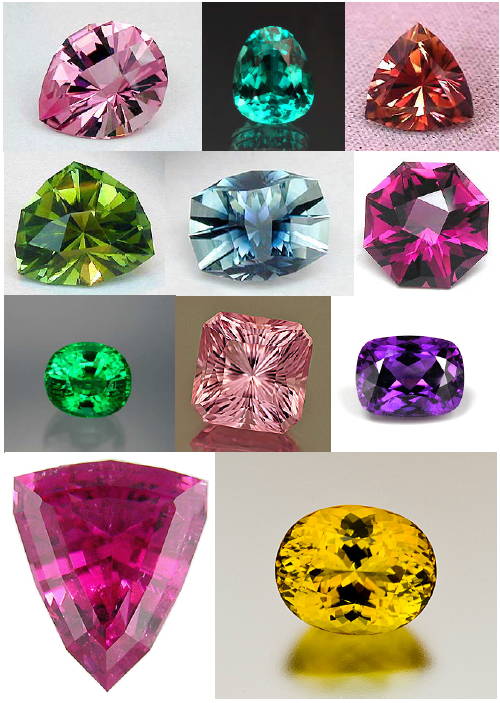