Peridot belongs to the forsterite-fayalite mineral series, which is part of the olivine group.

It is one of the few "idiochromatic" gems, meaning its color comes from the basic chemical composition of the mineral itself, not from minor impurities, and therefore will only be found in shades of green.

Historically important sources in Egypt have been superseded by today's primary sources in Arizona and Pakistan.

This gemstone's high birefringence necessitates careful orientation in cutting to prevent "fuzziness" of reflections through the table.

A distinctive, disk-like liquid and gas "lily pad" inclusion can often be seen under magnification. 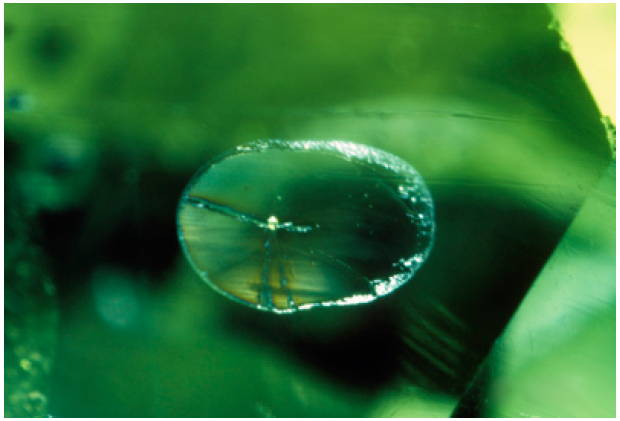 An interesting fact here: it can sometimes be found... in meteorites!!!

Ancient Egyptians believed that peridot was sent to Earth by the explosion of a star and carried its healing powers.

A lesser-known fact: in 2005, some peridot was found in comet dust brought back from the Stardust robotic space probe.

Peridot is, actually, the national gem of Egypt and is known to locals as the Gem of the Sun.

Being green, could have peridots sometimes been mistaken for emeralds and other green gems?

The famous gemologist George Frederick Kunz (who named the gem Morganite in honor of financier J.P. Margan, and that even has a gem named after him, the Kunzite) discussed the confusion between emeralds and peridot in many church treasures, notably the "Three Magi" treasure in the Dom of Cologne, Germany.

So, peridots are, alongside with spinels, one of the historical imposters of the gemological world.

This is understandable though, as people back there in time did not have proper general gemological knowledge, so, well, a green stone was just... a green stone.

When knowing that the early Egyptians also had emeralds, the conflation of the 2 gems as being of the same nature makes sense.

The vast majority of peridot rough produces sub-carat sized stones, which in commercial quality are quite inexpensive. 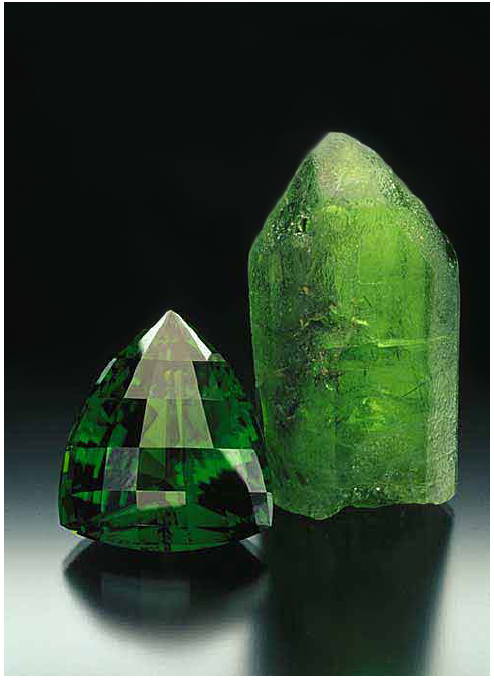